My journey to my find my expertise niche

In 1993 I took an opportunity to work with a group of doctors and dietitians working in the area of food allergies and food intolerances. A number of our clients had coeliac disease and despite being on a gluten free diet for a number of years, they still had symptoms.

My PhD research project was inspired by this group.

Prior to 1994 in Australia, the gluten free food standard contained wheat starch and malt, hence the approved gluten free diet also contained wheat starch and malt. About half of the volunteers had already removed these ingredients and half had not. We removed all known residual gluten foods from the diet and 3 months later noted any outcomes of this change. Five people became symptom free and did not require further diet changes. Everyone else then began a food investigation protocol looking for possible non-gluten food triggers for their continuing symptoms. All but 2 who did this protocol, found non-gluten food triggers for their continuing symptoms.

This highlights that food is complicated and what you think is causing symptoms may not actually be what you are reacting to. 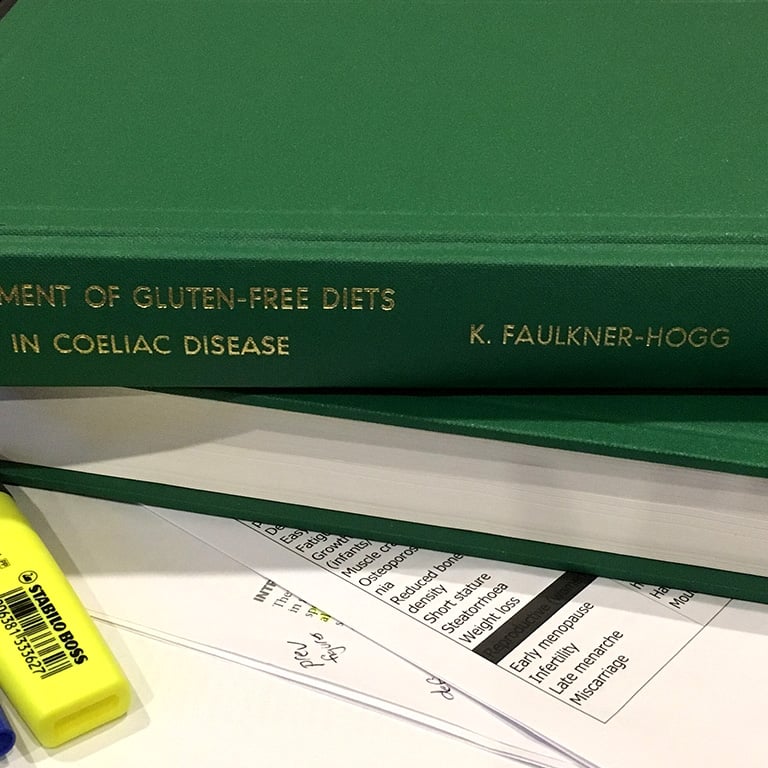 The Australian gluten free food standard became stricter in 1994 so we also monitored, over a couple of years, any further changes to symptoms or small bowel improvement that might result from the removal of wheat starch and malt. In this second group there was no significant changes to either symptoms or small bowel improvement when residual gluten was removed. This began my interest in the gluten minutia of those eating gluten free.

Assessment of gluten free diets in an Australian population with coeliac disease and their impact on symptoms, mucosal, nutritional and metabolic parameters. Read more